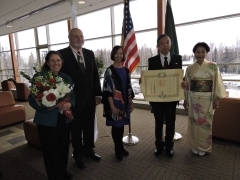 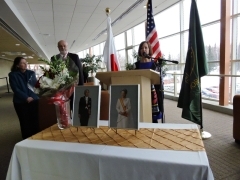 On Thursday March 7th, 2019 an award ceremony and reception was held by the Consular Office of Japan in Anchorage with the help of the Chancellor’s Office at UAA for UAA Chancellor Emeritus Tom Case at the UAA.

Mr. Case received The Order of the Rising Sun, Gold Rays with Neck Ribbon for his contributions to strengthening the mutual understanding and promoting academic exchanges between Japan and the United State.

Masatoshi Sato, Head of the Consular Office of Japan, presented the Certificate of Decoration and its English translation to Mr. Case.  Kazue Sato, wife of Mr. Sato, presented the decoration to Mrs. Case in recognition of her dedicated and tireless support to Mr. Case. Mrs. Case then helped her husband wear the decoration.  After receiving the award, Tom Case expressed profound gratitude to the Government of Japan for the honor and emphasized the importance of Alaska-Japan cultural and educational partnership.

There were congratulatory remarks from UAA Chancellor Sandeen as well as a toast from Lee Leschper, a long-time friend and associate of Mr. Case through the Anchorage Rotary and Commonwealth North.

Following the official portion of the ceremony there was a cocktail reception with food and drinks. Japanese sake and umeshu (plum wine) shipped from Japan for the occasion were also served. Traditional Japanese tea and sweets were offered as well in the Monty Dickson Center Tea Room. 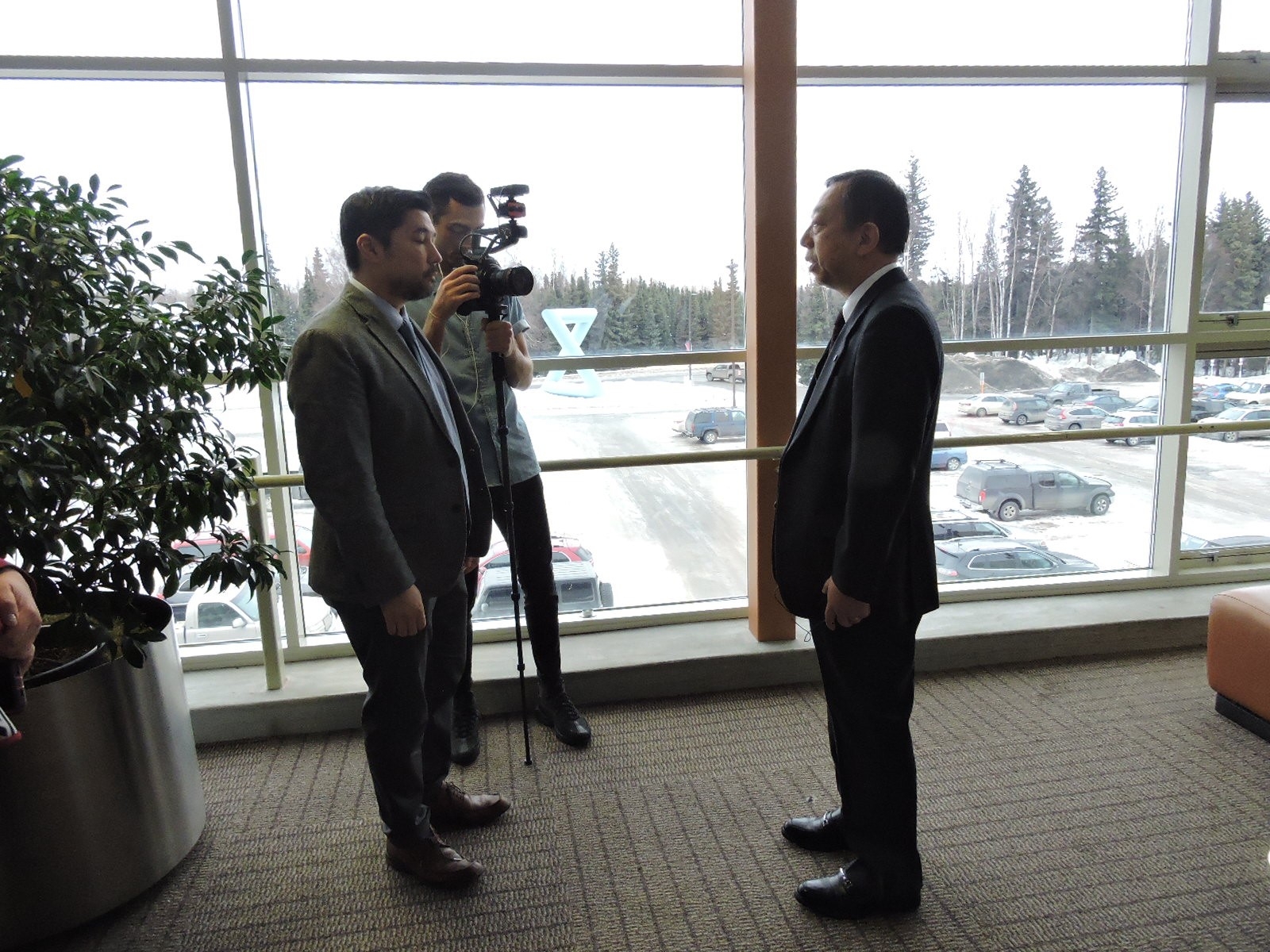