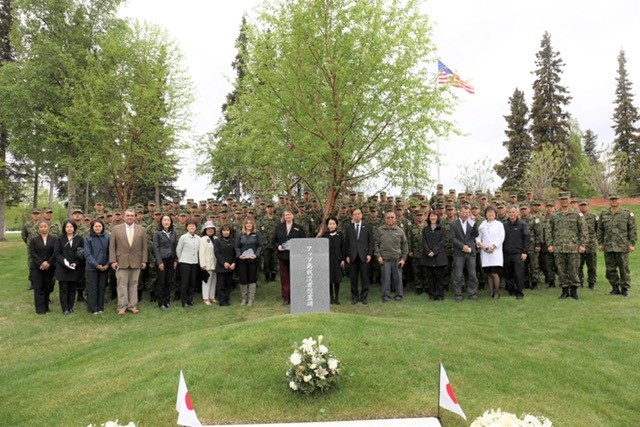 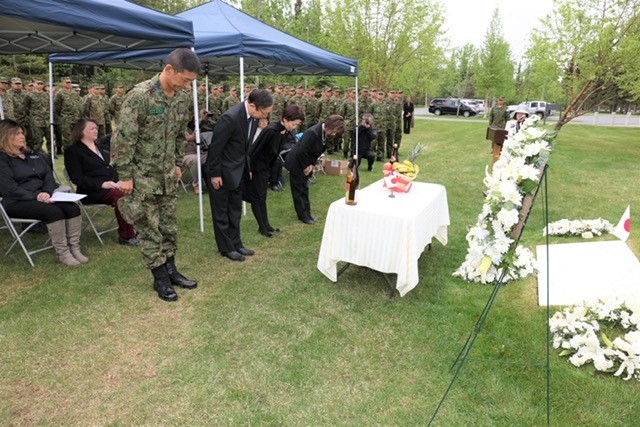 On June 1, 2019, the Dedication Ceremony to unveil the new stone Attu War Memorial cenotaph remembering the Japanese war dead was held at the Fort Richardson National Cemetery. Ms. Misa Nishimura, Vice-Chair of the executive committee for the replacement of the wooden cenotaph with a new stone cenotaph, served as the master of ceremony.

Those who attended the ceremony included:

After World War II, thanks to the goodwill of the U.S. government, 235 out of more than 2,600 Japanese soldiers who died in the battle for the Aleutian Islands were buried at the Fort Richardson National Cemetery. The remains of the 235 soldiers were repatriated to Japan in July 1953.

In 2018, the 75th anniversary of the battle of Attu, a desire to replace the wooden cenotaph with a stone one became stronger among a group of Japanese residents in Alaska as well as among families and relatives of the soldiers who fell on Attu Island in 1943. In June 2018, an executive committee was formed to complete the replacement of the wooden cenotaph with a new stone cenotaph.

With the support of Mr. Gensho Asano, representing the group of surviving relatives of the Japanese soldiers who fell at Attu, a headstone made by a Japanese mason was shipped to the Fort Richardson National Cemetery at the end of April 2019. It is truly significant that the replacement has been achieved in the very first year of a new era in Japan “Reiwa 1”. 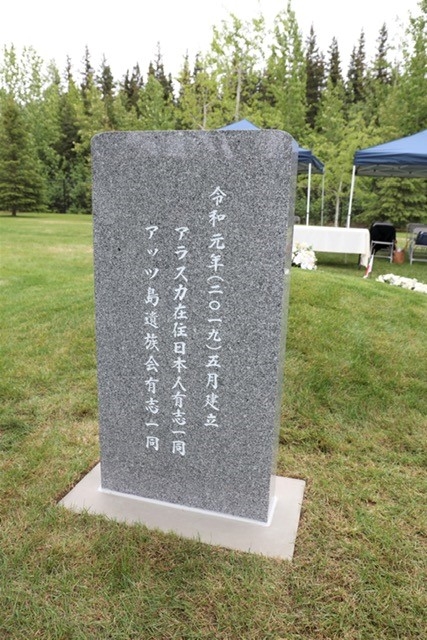