2017/10/11
The Japan Maritime Self Defense Force (JMSDF) Training Squadron docked at the Port of Anchorage from Wednesday, September 27 to Friday, September 29. Led by Rear Admiral Koji Manabe, the two ships – JS Kashima and JS Harusame – have approximately 600 officers and crew, including 200 newly commissioned officers. The purpose of the cruise is to give newly commissioners officers the opportunity to promote friendship and goodwill with other nations. The last time JMSDF visited Anchorage was in 2011.

On the evening of September 27, Rear Admiral Manabe and Mr. Masatoshi Sato, head of the Consular Office of Japan in Anchorage, co-hosted a reception aboard the JS Kashima. Reception attendees included U.S. military personnel, local Japanese community leaders, and Japanese language teachers and professors. The reception included a traditional Japanese kagami-biraki ceremony, where the lid of a sake barrel is smashed open with wooden mallets and sake is served.

In addition to the reception, JMSDF members also volunteered at the Food Bank of Alaska and visited the Fort Richardson National Cemetery, where they laid a wreath at the burial site of Japanese soldiers. The JMSDF band and taiko drummers performed Japanese music for Central Middle School of Science students and teachers. 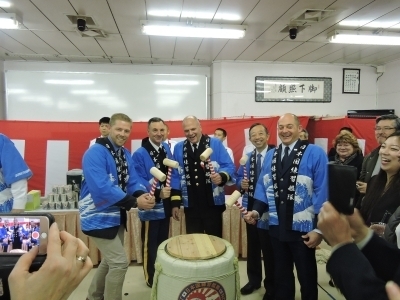 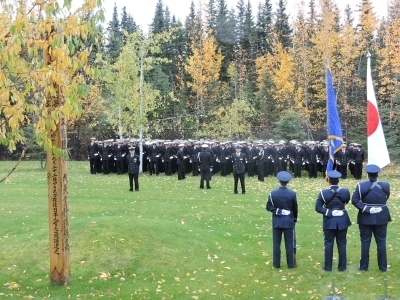 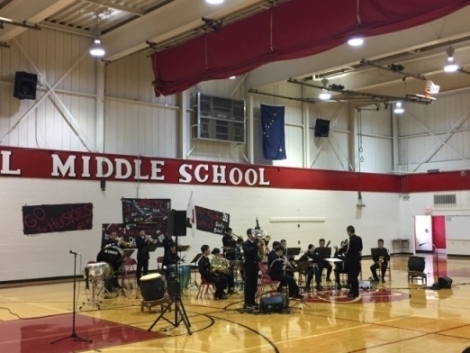 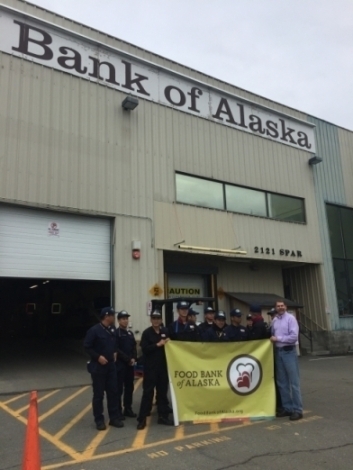 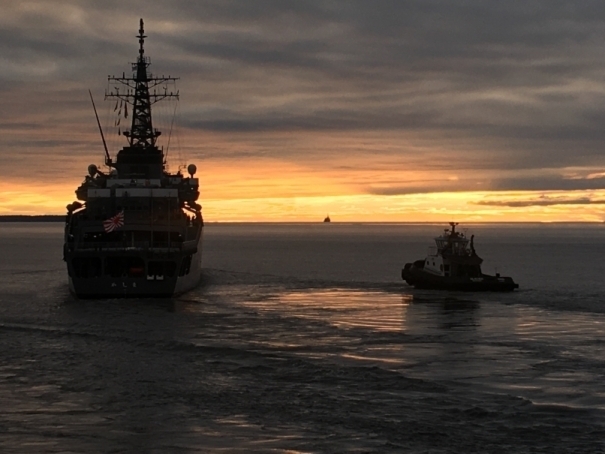