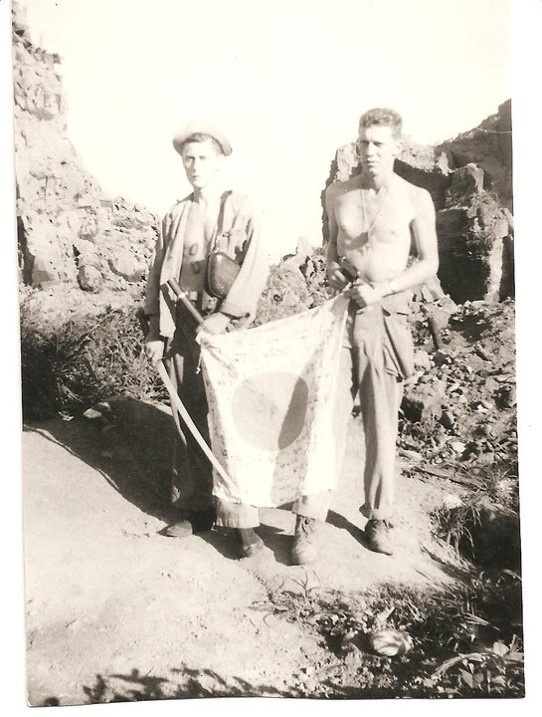 During World War II, U.S. Army Sgt. James W. Keogh fought in the battle of Iwo Jima. During the war, he brought home various items, including two Japanese flags with hand written “good luck” messages from Japanese soldiers' families. Towards the end of his life, James Keogh asked his son Warren Keogh to return one of the flags to the family of the fallen soldier, Matsukuma Torao.

Warren Keogh started the process of finding the flag owner’s descendants by going to Colony High School, in Palmer, Alaska. Japanese language instructor Shunji Ninoyu used the flag as a project for his advanced Japanese language students, who took on the task of translating the flag. After the students translated as much as they could, they sent photos of the flag to newspapers around Japan in the hopes of finding a local reporter who might investigate the flags more from the Japanese side. Asami Minohara, editor of the foreign affairs department at the Nishinippon Shimbun, published the story and photos of the flag. Within a few weeks Torao’s son came forward and met with Minohara.

Minohara, Keogh, Ninoyu, and Torao’s son arranged for Keogh to bring the flag to Japan to return to Torao’s son. Keogh hand-delivered the flag to Torao’s son in Kyushu where a ceremony was held at Torao’s son’s house on March 19th, the same day as the yearly memorial ceremony on Iwo Jima Island. The ceremony started with prepared statements, and then continued to a Buddhist memorial service with chanting and the passing of incense. Keogh then returned the flag, wrapped in local fabric and contained in a wooden box. Keogh said his father would have appreciated the significance of the moment for both families. 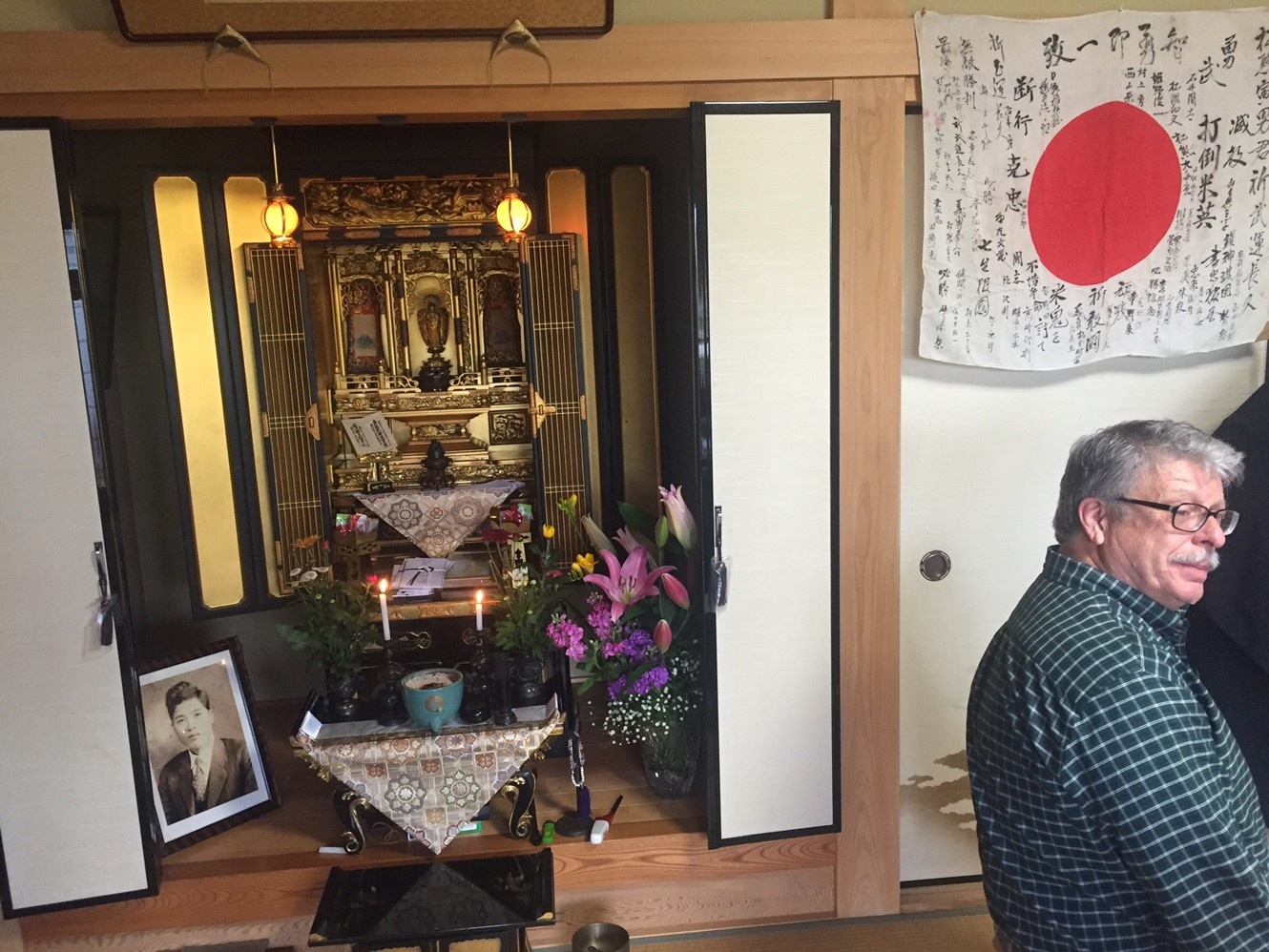 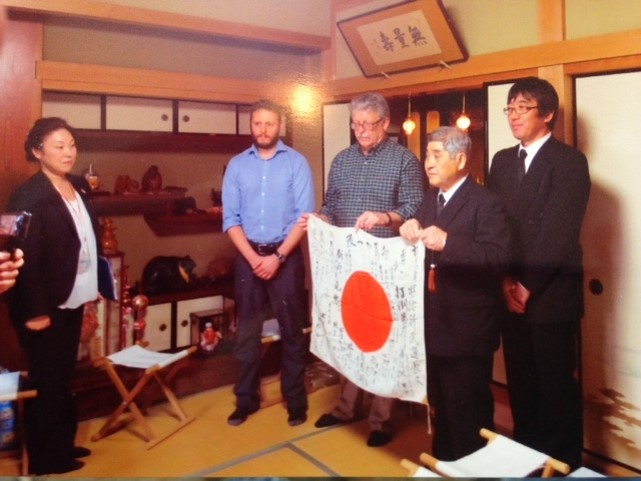 "Here we were 71 years later in the home and birthplace of Matsukuma Torao," Keogh said." It was an extraordinary experience to say the least."

Keogh is working with the president of the island's Iwo Jima association to find out what happened to Matsukuma. The soldier's family is staying connected after their meeting: Keogh said he received an 18-inch clay Samurai warrior doll in a glass case from them after he returned home to Alaska. 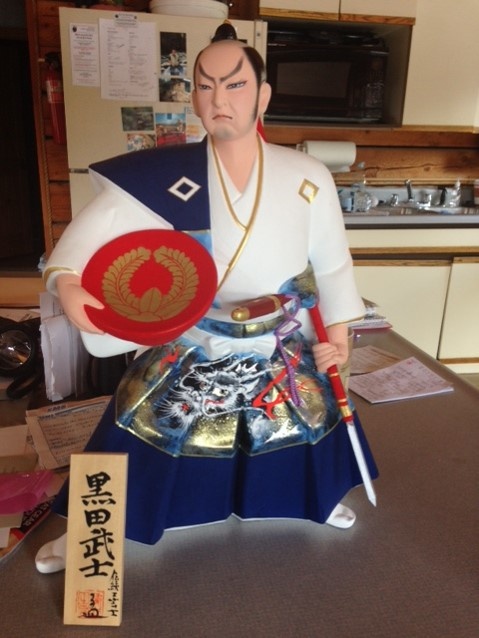 Japanese flag returned to its homeland, more than 70 years after Iwo Jima