Alaska is the 49th state of the United States. U.S. Secretary of State William Seward purchased Alaska from Russia for $7.2 million in 1867. Alaska became a U.S. territory after the purchase (known as Seward’s Folly among critics), but was not granted statehood until January 3, 1959.

The state capital is Juneau, located in the Southeast region of Alaska. Juneau is the third largest city in Alaska, after Anchorage in the Southcentral region and Fairbanks in the Interior region.

Alaska’s terrain is wide and diverse, with tundra in the north, islands in the south, and mountains, trees, and bodies of water everywhere.  A diverse array of wildlife, such as moose, eagles, and whales live in and around Alaska.

Alaska is also unique in that many parts of the state are not accessible by driving. Juneau, Alaska’s capital city, be only be reached by boat or plane. Because of the limited road network, the Alaska Railroad plays an important part in the state economy.

The natural beauty of Alaska attracts many domestic and international visitors every year. Tourists visit Alaska to experience hiking, fishing, kayaking, and other outdoor activities. 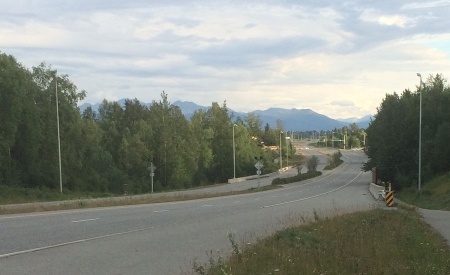 Alaska is home to 17 of the 20 highest peaks in the United States. Denali, the highest peak in North America, is 20,320 ft. above sea level. 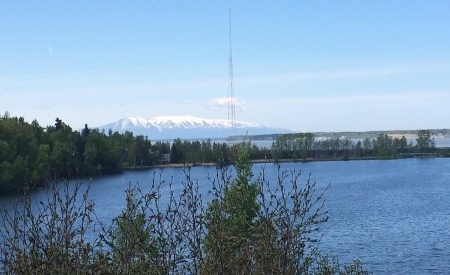 There are more than 3,000 rivers and over 3 million lakes in Alaska. The Yukon River, the third longest river in the U.S., is about 2,000 miles long. Lake Iliamna, the state’s largest lake, is over 1,000 square miles.

Alaska has an estimated 100,000 glaciers. There are more active glaciers and ice fields in Alaska than anywhere else in the inhabited world. Glaciers cover about five percent of Alaska’s land, or about 29,000 square miles.