Around the World in 60 Minutes: Travel Tales & Advice from the Alaskan Consular Corps 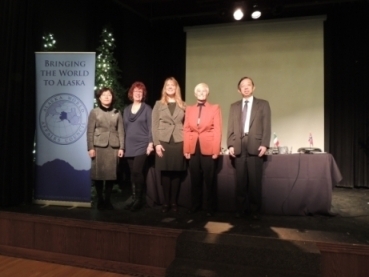 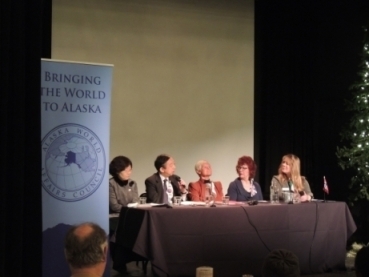 
The five panelists talked about what they would recommend for visitors to their respective countries and suggested websites, books, or Facebook pages for people interested in travel to the countries.

Mr. Sato talked about some of Japan’s main tourist attractions and hoped that the participants in the program would visit Japan in the near future to take advantage of Japanese traditional hospitality – “Omotenashi” in Japanese – nurtured along the history of more than two thousand and six hundred years.

He also suggested the website of Japan National Tourism Organization – www.us.jnto.go.jp – and gave away hand-outs promoting tourism in Japan.  Some of the hand-outs were produced by the municipalities that have sister-city relationship with a city or a borough in Alaska such as Akita, Chitose, Gero and Obihiro.