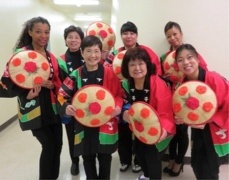 As a cultural ambassador and musician-educator, Erika is working with the Alaska Humanities Forum, Anchorage Arts Cooperative, and the Anchorage School District to create a more diverse and inclusive Anchorage. After serving as the Band Director for East High School, the nation’s most diverse high school, Erika trained and performed with a professional taiko group, Shidara, in Japan. She holds a M.A. in Teaching and a Bachelor of Music. She has dedicated much of her time to art and educational and cultural organizations, and has received numerous grants to perform, teach and train in conducting, percussion, taiko and education.

Erika is currently Band Director and School Business Partnership Coordinator at Central Middle School of Science, President of the Japan-Alaska Association and Vice President of the Japanese American Citizens League Alaska. She also continues to teach and perform taiko through her group, Wadaiko Alaska.

How was the Japanese Society of Alaska (now the Japan-Alaska Association) formed? How have you been involved?

The Japanese Society of Alaska began as a collaboration between the State of Alaska and the local Japanese community to develop friendly relations and mutual understanding between Japanese people and Alaska residents. JSA was certified as a 501(c)4 non-profit organization by the State of Alaska in 1988. Last year, JSA changed its official name to the Japan-Alaska Association and was certified as a 501(c)3 organization. This change in status allows JAA to be eligible for grants and tax deductions.

I consider myself a “lifetime member” since I participated and volunteered in the organization since childhood. My father, orginally from the Mie-Prefecture, immigrated to Alaska with the dream of becoming a “bridge builder” between Alaska and Japan. He translated the original bylaws in 1988, has been the JSA President and board member for many terms, and has been a member since its inception. Both of my parents worked to provide opportunities for my sister and I to experience Japanese culture, despite our geographical challenges , and I am thankful to JSA for providing experiences that augmented my understanding of Japanese culture and traditions.

What is your academic and professional background in music?

In the Anchorage School District, students are required to take a music class in 6th grade and I chose to play percussion in band. I was fortunate to have great teachers and mentors lead me into the career of music education. After obtaining a Bachelor of Arts with Emphasis in Education and a Master of Arts in Teaching, I began my public teaching career. Since 2009, I have taught a range of courses, including band, music theory, music technology, choir, and drumming for all grade levels: kindergarten through 12th grade and adults.

I recently spent two years training in Japan with Shidara, a professional taiko (Japanese drumming) group. The mental and physical training was extremely intense because the performing group’s expectations followed traditional Japanese arts rules. I had quite a learning curve but learned a lot about myself through training with Shidara, in addition to refining my taiko skills. A common mantra within the group was “The quality of you as a person determines the quality of your performance.” For this reason, we were trained to devote our best to even the most mundane actions. I am so grateful to have had the opportunity to understand my heritage and deepen family ties during my time in Japan.

Where else has your community leadership experience in Alaska taken you?

I have been fortunate to receive grants and invitations to participate, teach and share my passions, which is community building through music education, throughout the state and the globe. I have taken my taiko team as far north as Point Hope for cultural and musical collaborations and my personal performances have ventured to the mountain-tops of Nepal. On my return from a summer course with the Harvard Graduate School of Education in 2015, I shared my Shidara experiences with the graduate music education class at Boston University. In the same year, I was also selected as a member of the Alaska Humanities Forum’s Leadership Anchorage and partnered with the Mayor’s Office and many community organizations to build a proposal for civic engagement for our city.

Last year, I traveled to Las Vegas to represent Alaska at the Japanese American Citizens League’s Annual Conference as a Delegate. I also became one of twelve members of the U.S.-Japan Council’s (USJC) Tomodachi Emerging Leaders Program (ELP) 2016. USJC membership is invitation-only and recognizes a new generation of Japanese-American leaders through ELP. As the only member from Alaska, I hope to leverage Alaska’s strong economic, geographical and political ties with Japan to increase Alaska’s visibility in the USJC. I attended the 2016 U.S.-Japan Council Annual Conference in Silicon Valley where I had the opportunity to network with high level leaders, such as President and CEO of Ito En North America Inc., Mr. Yosuke Honjo,  Hitachi Senior Vice President, Mr. Yasuo Tanabe, and other members from all around the U.S. and Japan. 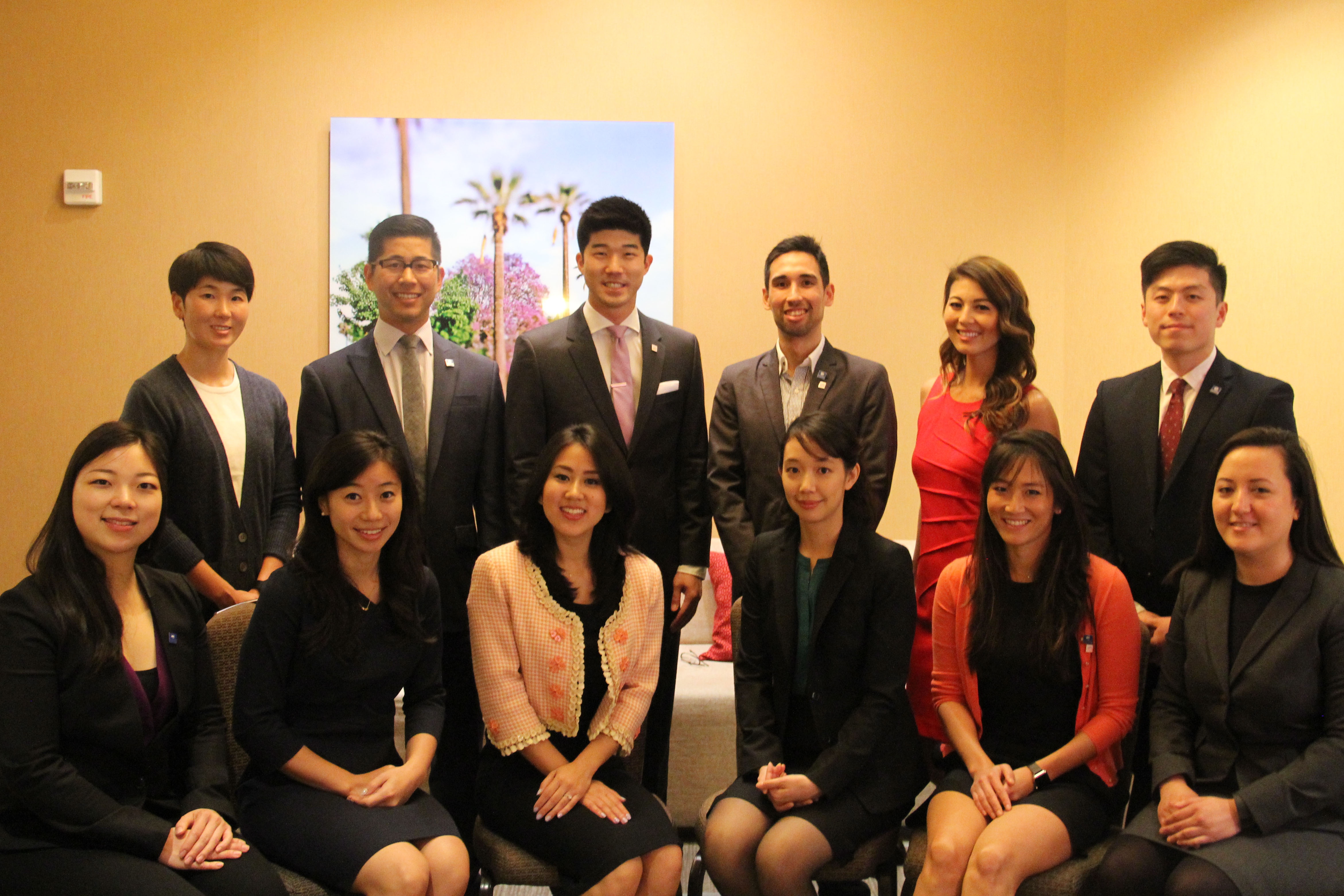 Erika at the 2016 U.S.-Japan Council Annual Conference with the Emerging Leaders Program

How would you describe your approach to music? How do students learn about Japanese culture through taiko?

My philosophy regarding music is similar to how I view education: the student develops not only in the classroom, but also as part of a community and family. Both bands and classrooms are communal settings in which one person can influence many others. I am very invested in public education, and especially music education, because I believe communal settings allow people to learn about themselves as individuals and as a group.

I would describe my musical teaching style as Western-based with Eastern influences. There were no taiko teams in Alaska when I was growing up, so I watched videos of Kodo, another professional taiko group, and emulated and learned from their style. Each musician brings a piece of themselves into performing, so my upbringing in the U.S. and my Japanese heritage affects how I approach music.
The values and principles of taiko are similar to the samurai bushido code. I bring four core values to my taiko practice: waza (skill), kiai (energy), kata (form) and rei (discipline). Music makes these values approachable for students. I also have started taiko classes with Japanese traditions such as the tea ceremony and bon dancing (traditional Japanese folk dancing).

What are your short-term and long-term goals for JAA?

This is a big year for JAA. In addition to the new 501(c)3 status, there have been changes in JAA’s leadership. For the first time, the JAA board is not exclusively comprised of Japanese members. There has also been a shift in generations, and younger people are getting more involved.
One of the goals for JAA this year is to establish a long-term vision for the organization. At the same time, we want to retrace the past and remember our roots. Alaska’s Japanese culture is unique, and we want to share and document that culture. With the support of the older generation, we want to find a way to connect the past with our future goals.

We also want to make JAA a more inclusive organization, and develop a sense of community among members. One of my ideas is the “Kotatsu Series”: themed discussions featuring our various Japan-Alaska related groups in Alaska. I want to provide more opportunities for members to get to know each other personally and increase collaborations with more groups in Alaska that the Japanese Community has not traditionally partnered with, to create an organization that welcomes all people interested in celebrating, sharing, learning and preserving Japanese culture and traditions in Alaska.