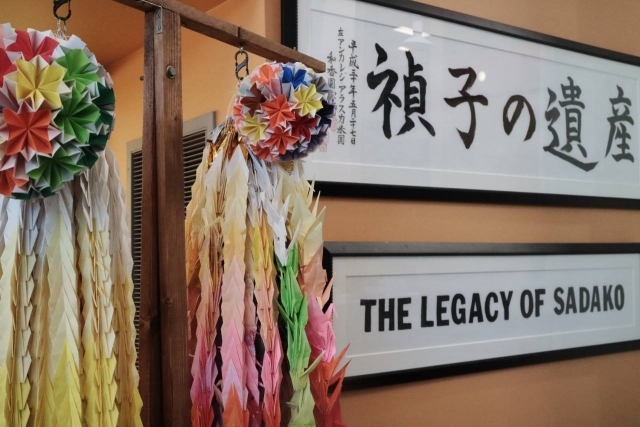 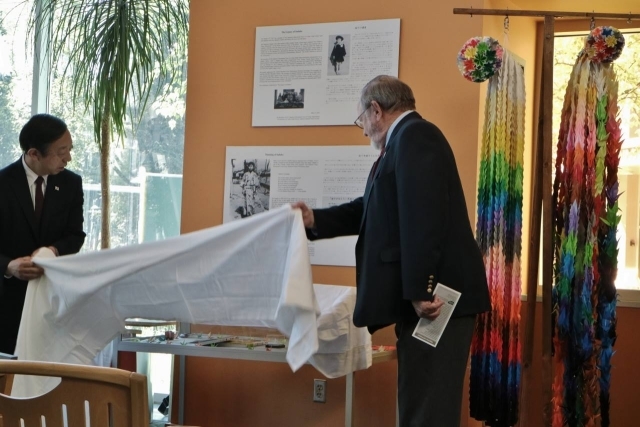 At the ceremony, Masatoshi Sato, Head of the Consular Office of Japan in Anchorage, and Representative Don Young, U.S. Congressman for Alaska, gave congratulatory remarks and revealed the new exhibit.

This memorial honors Sadako Sasaki, one of the most famous people affected by the atomic bombing of Hiroshima on August 6, 1945, and her brother's advocacy for world peace. She is known for the story of the one thousand paper cranes she folded before succumbing to leukemia caused by nuclear radiation exposure. To this day, Sadako remains a symbol of hope for a peaceful world.

Click here to view more photos from the unveiling ceremony.