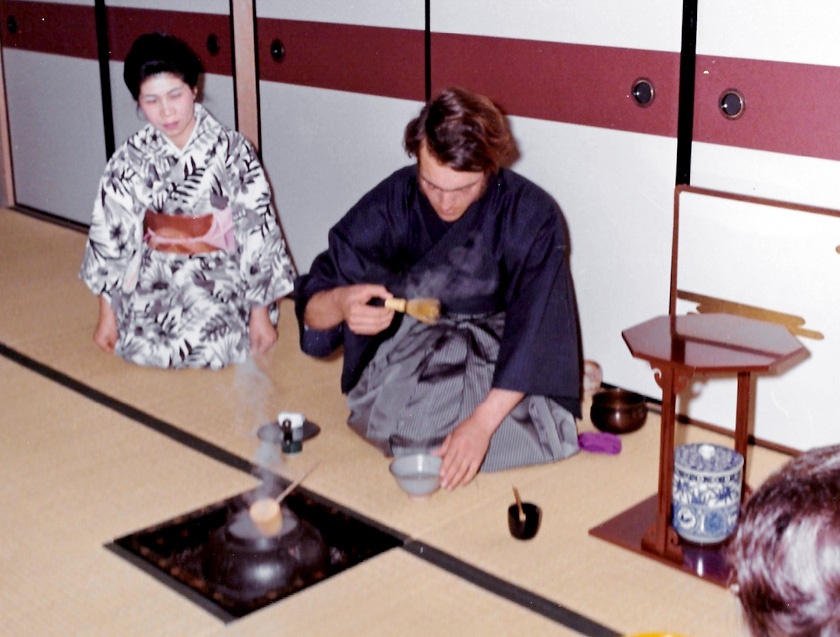 Tom Rueter first visited Japan as a high school student. After returning from Japan, he came to Alaska, where he spent 15 years working as a tour guide, filming coordinator, and interpreter focusing on Japanese.
For the past 25 years, Tom Rueter has been working as a steamship agent in Alaska. Through his work, Mr. Rueter has met many people stationed in Alaska working in the airline, fishery, and trading industries, including some Japanese companies. Mr. Rueter has visited Japan more than 20 times and says there is always something new to learn about Japanese society and culture.

When did you first become interested in Japan? How was your first experience in Japan?
I became interested in Japan as a high school student in 1969. I wanted to go to the World Jamboree for Boy Scouts at Asagiri Kogen in the Shizuoka Prefecture.
I first visited Japan in July 1971 for three weeks. I had not studied Japanese before going to Japan, so language was the biggest challenge in the beginning.  My first Japanese word was “tokidoki”, which proved to be a fitting response for many questions I answered.
While I was camping, there was a typhoon and we had to evacuate the camp. I expected Japan to have lots of farms with flooded rice fields, so I was surprised by the urban development at the time. I enjoyed learning about Japanese history and the temples and shrines from many different eras.
After returning from Japan, I applied for the local Kent-Kaibara Sister City Exchange program for high school students. I traveled back to Japan in April 1972 and stayed for a year in Kaibara (now part of the city of Tamba) in the Hyogo Prefecture.

What did you learn in Japan and how have your experiences there changed you?
I take the time to attempt to understand what someone is trying to express, even in a foreign language. Listening is critical to understanding.
I’ve also made an effort to learn Japanese and speak to people in their native language. After my first trip to Japan, I began studying Japanese independently and with school teachers one-on-one. Learning the language has increased my communication abilities.

What do you suggest to encourage the U.S. population to better understand Japan?
Young students should be encouraged to learn any non-English language, whether it’s Japanese or another foreign language. Learning another language will expand their interests and pique their curiosity about the different cultures and societies of the world.