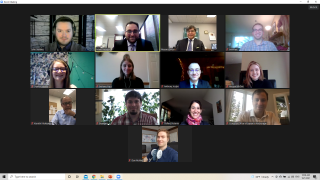 The 9 JET Program participants include Alaskans from across the state, who are preparing to depart for Japan very soon.

Since the JET Program was founded in 1987, the Japanese government has sent more than 70,000 global participants (including more than 35,800 Americans) to work in schools, boards of education, and government offices throughout Japan.